Home » How to Check if a V5C Logbook is Genuine

How to Check if a V5C Logbook is Genuine 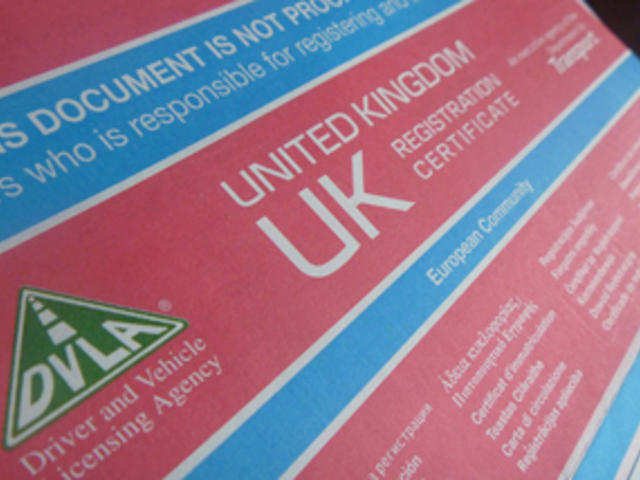 Your vehicle’s registration document, also called a “V5” or “V5C logbook”, is a summary of its history along with some basic information abou tprevious keepers/owners. It’s a print-out of what information is held on your bike or car at the Driver and Vehicle Licensing Agency (DVLA) – the governmental organisation for motoring.

The V5C is one of the most important documents when buying or selling a vehicle: but bear in mind it records who is the registered keeper, and that may be different from the legal owner.

So how do you inspect the logbook? And what are the red flags?

Firstly, one of the things that cannot be emphasised enough is this: since 2002 it has been illegal to sell a car without a valid V5C, so don’t ever accept this as an excuse from the seller – the seller can easily apply for a replacement on the DVLA website (it’s free and there is no reason not to as it only takes 30 seconds).

If you buy a new vehicle from a garage or dealer, then they will usually tell the DVLA about the change of keeper themselves. You’ll be sent a new V5C in a few days by post. If you’re buying a bike or car privately from a private seller then there are a few extra things to bear in mind. Below we outline what to look for.

Firstly it is recommended to check for the watermark. Do this by holding up the V5C up to the light to check if the ‘DVL’ watermark is there. If it isn’t, the V5C may be a forgery.

The watermark is in the top left corner of the document – but it should also be visible across the entire document at various places. If you’ve never seen a V5C before, you might struggle to tell the difference between a genuine document and a forgery, so feel free to ask us for assistance.

A genuine V5C is one A3 sheet of paper,  folded in half to give four printed A4 sides.

As such it’s not difficult to photocopy a genuine document, amend it then reprint it using a decent home printer.

As above, the official paper is watermarked with lines of large text from top to bottom, repeating the letters ‘DVL’ throughout – that’s “DVL” not “DVLA”. If there’s no sign of this watermarking the registration document is a fake, so make your excuses and leave. When safe, let the police know so they can stop somebody else being taken in by this deception.

An HPI style vehicle check can’t verify the authenticity of your V5 but it can check for a lot of other important things – find out if we think an HPI Check is worth it, here.

How do I check a VIN?

Don’t buy the vehicle if the vehicle identification number (VIN) has been tampered with or is missing: it’s usually on a metal strip at the base of the windscreen, under the bonnet or beneath the carpet on the driver’s side.

Before buying a vehicle, check that both the VIN – also called chassis number – and the engine number match those on the V5C carefully. Read here for more information here on VIN Numbers.

Should I meet at the same address?

The V5C should display the same name under the ‘registered keeper’ as the person who is selling you the vehicle. And you should expect to be able to view the vehicle at the address on the V5C. If this isn’t possible, ask why!

If the seller is refusing to show you the V5C – ask them why (and be very sceptical). If they can’t produce a valid V5C, don’t buy the vehicle from them! Remember: being the ‘registered keeper’ of a vehicle is NOT the same thing as being the ‘owner’. The registered keeper is the person responsible for taxing the vehicle, and not necessarily the person with a legal claim to ownership.

On the topic of stolen V5Cs, as you probably know, the V5C is now red but it used to be blue – see below.

If the car you’re looking to buy comes with a blue logbook, you need to make sure the document isn’t stolen. Around 400,000 blue V5Cs were stolen, enabling thieves to create a false identity for nicked cars; it’s a practice known as cloning and is extremely prevalent.

And don’t forget that you don’t actually NEED the V5 logbook to sell your vehicle as JamJar explains here – although it helps.

Just a quick word – our vehicle checks will flag up any cloned plates, so if you’re looking to buy a used vehicle, order or get a free report now.

❤ Is my V5C Logbook stolen?

Bearing in mind that these V5 thefts happened a decade ago, you would think everything would have sorted itself out by now. But sadly unscrupulous thieves are still using these blue V5C registration documents, safe in the knowledge that some buyers won’t smell a rat. The serial numbers of the affected V5Cs are:

The blue V5s that got stolen have a different background colour: namely on the Notification of Permanent Export (V5C/4) tear off slip on the second page.

On the legitimate documents that weren’t stolen, they should be mauve on both sides but on the stolen forms they appear mauve on the front but slightly pink on the reverse.

Want more? Don’t forget to check out the related article on buying a car with outstanding finance – and what to do if you have already.