BJ69 number plates – are they allowed?

When it comes to number plates, the DVLA can be a bit, well, conservative. So it was quite surprising that they didn’t think to block all the “BJ69” number plates from sale – particularly when far lesser plates have had the red pen taken to them.

According to the Mirror, bosses at a van firm revealed details of an incident in which a customer refused to use the van based on the suggestive number plate. Chiefs at the firm contacted the DVLA to raise the issue that the plate was a ‘bit much’ for some customers.A spokesman said that the customer in question turned up to pick up their new van, a Nissan NV400, at its Birmingham showroom this week, but turned it down.

Yes. However, the plate was considered “suitable for release” by the DVLA in Swansea along with others such as ORG4SM and SHA66R are also allowed to remain on the database. Speaking to the Mirror, a spokesperson said: “The vast majority of registration numbers are made available for general issue and for sale”.

ORG4SM is believed to be the most expensive naughty number plate with an estimated value of £150,000 according to Carwow – although quite how a company that sells new cars has insider knowledge of this, isn’t explained. Could it be another case of the dodgy press release with made up information? 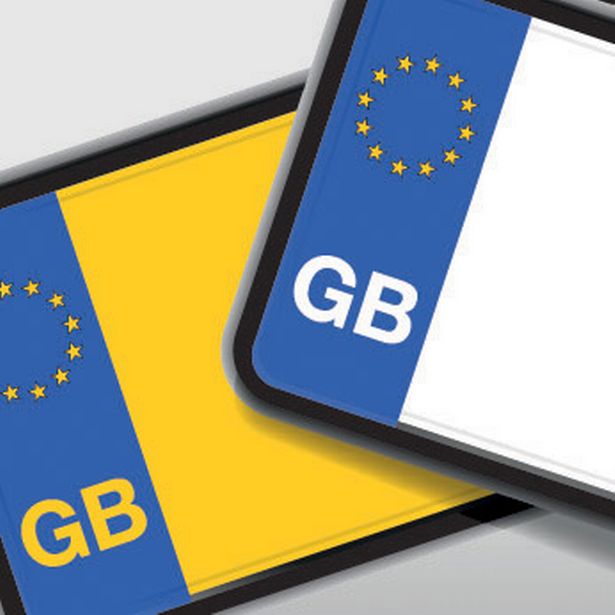 Provocative plates such as PEN I55S and SHA66R also sell for thousands of pounds, with price tags of £7,990 and £4,490 respectively.

According to the Mirror, recent research (by an unnamed source as always, probably a voucher code website, and with no qualification of how “recent” it is…) showed that a third of drivers wanted to have a rude registration plate on their car or would be tempted to buy a new one if it had a particularly seedy combination. Of course, it’s always a nice rounded number (“a third”), so it’s probably made up PR guff, but we’re happy to repeat it here nonetheless.

Data checks for any vehicle