Home » How long does a Police Marker stay on a Car?

How long does a Police Marker stay on a Car? 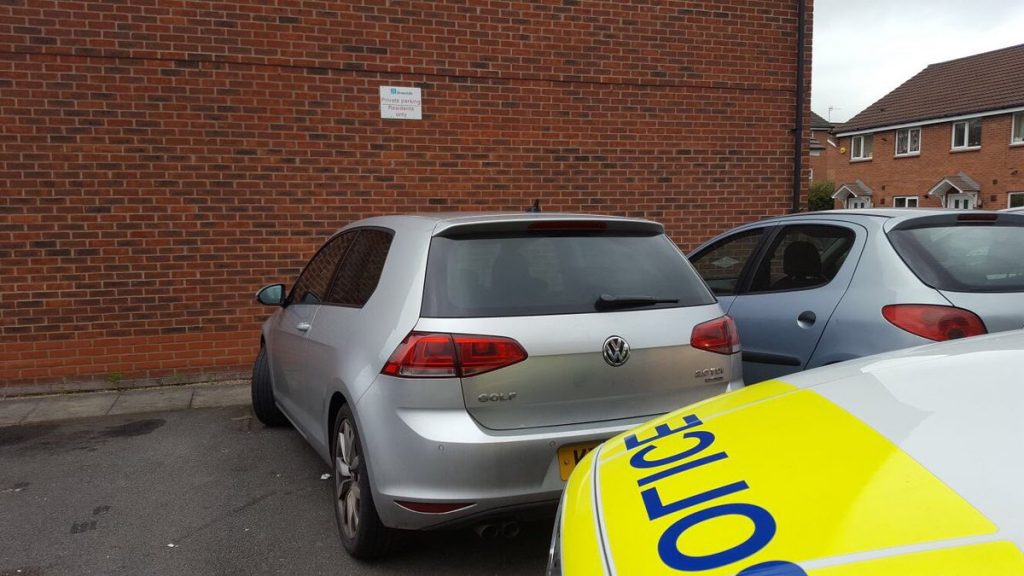 The Police can put various types of “markers” on vehicles for different reasons. Overall, police markers are designed to keep the roads safe for everyone. If you unwillingly buy a car with a police marker assigned to it, it can cause undue problems and hassle.

So how do you avoid buying a car with a marker on it? And how do you even check? Read our full guide below to find out more about this little-known area.

What is a “police marker”?

A police marker is basically a big red bullseye that is registered on the Police National Database (PND) against the vehicle’s registration plate. It indicates the vehicle may be of interest to them and therefore the police are much more likely to pull it over.

Police markers can be assigned to vehicles for several reasons. If the police stop and search a vehicle and find drugs then they will put a marker on the vehicle. This way, the police know that it’s possible that there could be drugs in the vehicle in the future.

Another reason for a police marker might be because the vehicle has been cloned. There is a discussion on Pistonheads about this very situation; the only way to remove the marker would be to find the cloned vehicle! A pretty much impossible task.

What about “Section 59” police markers?

Another marker that police sometimes issue on vehicles is called a “Section 59” marker, from the Police and Reform Act 2002.

Owning a vehicle that has a Section 59 police marker assigned to it can be a very frustrating experience. Since the invention of ANPR cameras, it’s now easy for police to identify cars that have markers on. The police only have to sit in a layby with their ANPR system activated. As soon as a car with a marker assigned drives past, the system will alert the patrol car. It’s highly likely that they will then proceed to stop the vehicle.

Depending on the type of marker that the car has assigned to it, the police could then request documentation from the driver to be allowed to continue on their journey. Such documentation includes proof of road tax (VED), MOT and insurance. It’s also likely that the vehicle and any of its occupants will be searched at the roadside.

To make matters worse, if your vehicle receives two or more Section 59 markers, the Police have the legal right to impound it as well. Plus they can charge you daily fees if you want your vehicle back.

A lot of hassle indeed.

How do I remove a police marker?

When the police assign a marker to a vehicle, it’s because they have reason to believe that the vehicle may be involved in suspicious activity. The marker is assigned to the actual vehicle, and not the person driving it.

In summary, sadly it can be quite difficult to remove a marker. If you owned the vehicle when the marker was placed on it, then it is highly unlikely that you will be able to get the marker removed. Selling the vehicle with a marker will also be difficult as will get flagged by HPI checks.

But be aware some markers, such as a Section 59 marker, can expire after a certain period — so check your paperwork. If the offence was relatively minor, then this can be in as few as 6 months. Other markers can stay with the vehicle for its entire life on the road.

If you have purchased a car that has a marker assigned to it already, it can sometimes be removed.

To do so, you will need to produce proof of new ownership, as well as valid tax, MOT and insurance documents. If you take these documents to a police station and explain that you are the new owner of the car, then they may remove the marker. But this is a shaky area and the police have not set out any formal guidelines or processes.

Can I sell a car that has a police marker on it?

Legally, it is possible to sell a car with a police intelligence marker against it, but it will likely get flagged by an HPI style check. So the seller may find it difficult to sell without removing the marker first. And there’s also the question of it being morally right to do so.

How to tell if a car has a police marker on it?

There is no way for the general public to find out if a vehicle has a marker registered on the Police National Database for FREE sadly, but ordering a PND check for £9.95 from us will highlight if it has been stolen.

Often drivers will have no idea that their car has a police marker assigned to it – until they get pulled out. Some motorists who own vehicles with markers attached have reported being stopped as much as 6 times in a single day. Indeed, it’s not uncommon for a police-marked vehicle to be stopped at least once a week.

Due to the amount of hassle involved with owning a vehicle that has a police marker, it is advised to avoid it in the first place.

If you are buying a used car and are worried about a police marker, there are still ways to check if a car has ever been stolen, by conducting a vehicle check online – a full PND / police marker check service is available from us for only £9.95 per vehicle and includes various other checks as well.

Our checks will provide you with lots of information about the vehicle’s history, including any markers held for it on the  police national database (PND).

15 thoughts on “How long does a Police Marker stay on a Car?”